A General Practitioner for Sydney, NSW

About The Practice & The Team

This practice is seeking a General Practitioner to meet the current needs of the patient base.

You’ll be working as a part of an ASX listed Corporate meaning you’ll have a network of support, job security, standardised processes and procedures and a strong administration support team.

You’ll have 2 Nurses that will provide support in Immunisations, Health Assessments, Chronic Disease Management Plans, Pap Smears, Spiro, Wound Dressings, ECG and Occupational Health. The practice has onsite Dental, Pharmacy, Specialists, Radiology & Pathology. You’ll have the opportunity to explore your sub-specialist interest areas while enjoying a patient base generated from a organisation who has built a strong reputation in the industry both with practitioners and with patients.

The practice is currently operational from Monday to Friday, 7am – 10pm and weekends from 8am. There is the expectation you’ll do a minimum of one evening, and alternate weekends.

This is a Non-DPA Location- International Medical Graduates are invited to apply for Weekend and Evening hours.

The population is over 2.5 million, just in GWS.

If you are a nature lover but you still want to live in the city, Western Sydney includes the Blue Mountains Area- listed as a World Heritage Area by UNESCO in 2000, and becoming the fourth area in New South Wales to be listed. Parramatta is also home to a UNESCO site ‘Old Government House and Domain’ part of the group that makes up the World Heritage Australian Convict Sites. Campbelltown is a great destination for outdoor adventurers. Explore nature reserves and wildlife trails or see spectacular native flora and fauna at the Australian Botanic Garden Mount Annan.

Locals will tell you that Western Sydney has got such a vast variety of cultures and entertainment options, that you will feel like living in a different country every time you move to another suburb. There is a growing number of creative events as well as great cafes & restaurants for caffeine addicts and food-fanciers. Whether you’re into live theatre, arts, active and/or passive sports, a lover of the great outdoors or food, you’ll always find something perfect for you. All the suburbs have great year-round claimants which allow for a busy and exciting events calendar.

If you are relocating with a family there are ample job opportunities for your spouse as well and over 150 schools (between private and public) to choose from, for your children’s primary and secondary education. Northern Sydney is also home to the Australian Catholic University, Macquarie University, the Faculty of Health Sciences and TAFE NSW St. Leonard’s together with many colleges offering professional courses.

Locals will tell you that living in Western Sydney today means enjoying all the facilities and amenities of a thriving city without giving up on stunning natural settings.

Let us help you find your next job!

At People Medical we specialise in General Practice recruitment.

We will spend the time to find the right job for you! 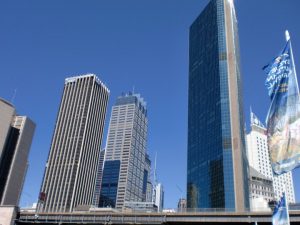