About The Practice & The Team

This would be a wonderful opportunity for a General Practitioner couple looking to relocate to a rural area. Work as a part of a group of 4 practices in the region, owned by a local General Practitioner. You would be based in one practice taking care of their community. The existing GP will remain for one General Practitioner coming in, however if a GP couple were to join them then she would move to one of their other local practices. Each practice is approximately an hour apart providing support when needed but allowing each to build their own separate databases of patients.

This community has approximately 1,000 residents, with this practice being the only local general practice. The nearest base hospital is 40 minutes away, which for anyone who has worked rurally before is a plus- many rural communities don’t have a base hospital within several hours of them so this is a unique opportunity.

You’ll provide General Practice services to the community Monday to Friday between 8.30am and 5.00pm supported by a full time practice nurse. You’ll also be on call, however after 11pm you will only be called on for a Cat 1 or 2. There are 40 nursing home residents that you will also be taking care of.

Current General Practitioners are earning an average income of $26,000 per fortnight, plus on call income on top.

Contact Megan Shorter to discuss how this could become your brand new job!

The GP Owner of the clinic relocated to Australia from Pakistan in 2013 and has lived and worked rurally for a number of years. She describes it as a fantastic opportunity to learn, but has also explained that she is financially better off having lived and worked in a rural area whilst her children are young. It has allowed her to pay off a mortgage, buy multiple practices and set herself up for the future.

This location is 3.5 hours from Melbourne, has several primary schools and a high school. There are 17 jobs locally, primarily in healthcare but also in government, manufacturing & logistics, farming & conservation, education & real estate.

Let us help you find your next job!

At People Medical we specialise in General Practice recruitment.

We will spend the time to find the right job for you! 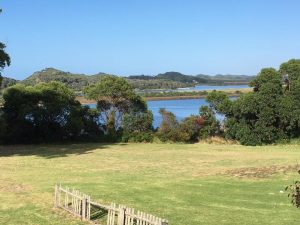